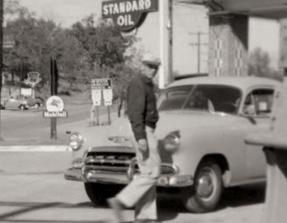 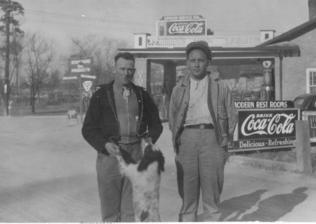 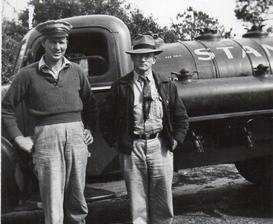 W.K. Denson, Sr. began selling motor fuels in 1927 when motor cars were just beginning to be seen on rural Mississippi roads, still dirt "highways" at the time.  Denson Oil Company began with a small bulk plant and a single retail service station providing gasoline, diesel, kerosene for heating, tires, and batteries.  Mr. Keown soon became an agent for Standard Oil Company of Kentucky.  During the earliest days, he delivered motor fuel to farmers and other area businesses using a mule-drawn wagon.  Soon, he added an "oil truck" to facilitate a larger and quicker delivery system.  Many remember how he whistled as he changed tires, pumped gasoline, washed windshields, and handed out bubble gum to all the children who accompanied their parents into the first service station in Bay Springs.

In the early 1950's W.K. Denson, Jr., took over the day-to-day operations of the wholesale and retail operations as he continued to provide "Shonuf Good Service" to his customers.  Expansion began under his leadership, the wholesale business was relocated to neighboring Jones County, and W.K. became a jobber for Chevron USA.  His hard work ethic and his vision to expand the retail business was passed along to the next generation.